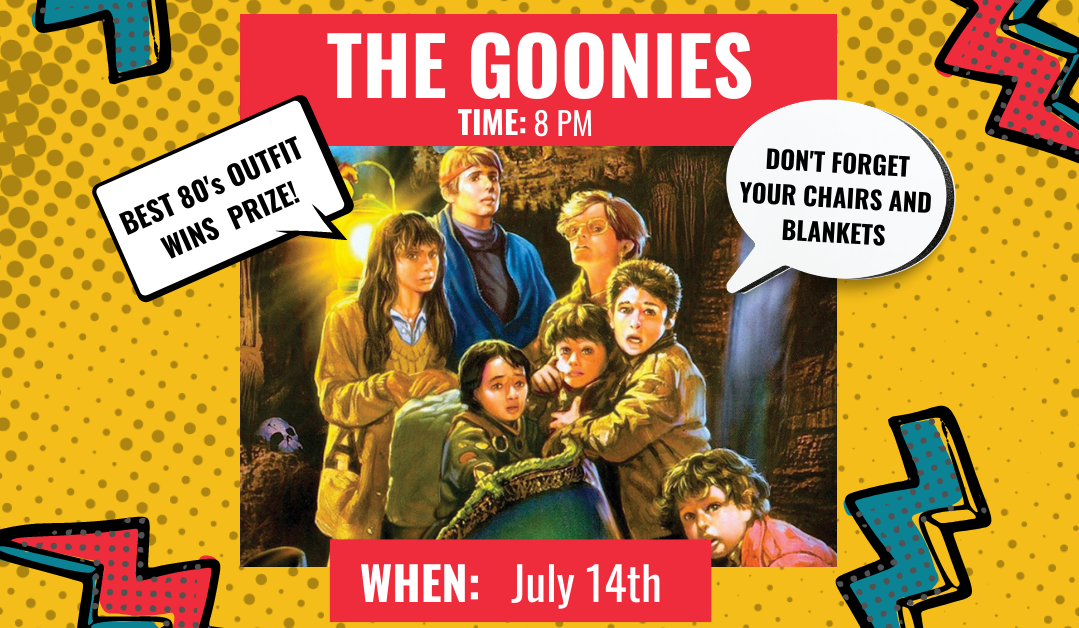 EVENT NOW FREE – Thank you to The Jewish Federation of Greater Philadelphia!

This 80s cult classic takes us on an action-adventure for the ages. In the misty “Goon Docks” neighborhood of Astoria, Oregon, a group of kids embark on a riveting escapade to find the long-lost treasure of fabled pirate One-Eyed Willy. With its “Spielbergian” vibe and unforgettable debuts from actors Josh Brolin and Sean Astin, THE GOONIES is an unforgettable throwback to the fun, thrill, and nostalgia of being a kid.