Thursdays at the J Summer Film Series with PJFM

Thursdays at the J Summer Film Series with Jewish Film and Media – Tickets on sale now!

EVENTS ARE NOW FREE – Thank you to The Jewish Federation of Greater Philadelphia!

What do the 80s, baseball, and cowboys have in common? Thursdays at the J! Presented in partnership with Philadelphia Jewish Film and Media (PJFM), this film series will show three delightful, family-friendly films outdoors here at the JCC every other Thursday night, beginning July 14 – August 11. We are so excited to bring this film collection to moviegoers in our community and could not be happier to be partnering with PJFM!

Funded in part by The Jewish Federation of Greater Philadelphia

All screenings begin at 8:00pm outside at the Kaiserman JCC!

Kosher snacks will be available!
Don’t forget to bring your chairs and blankets

More information about the films as well as ticket registration links can be found below! 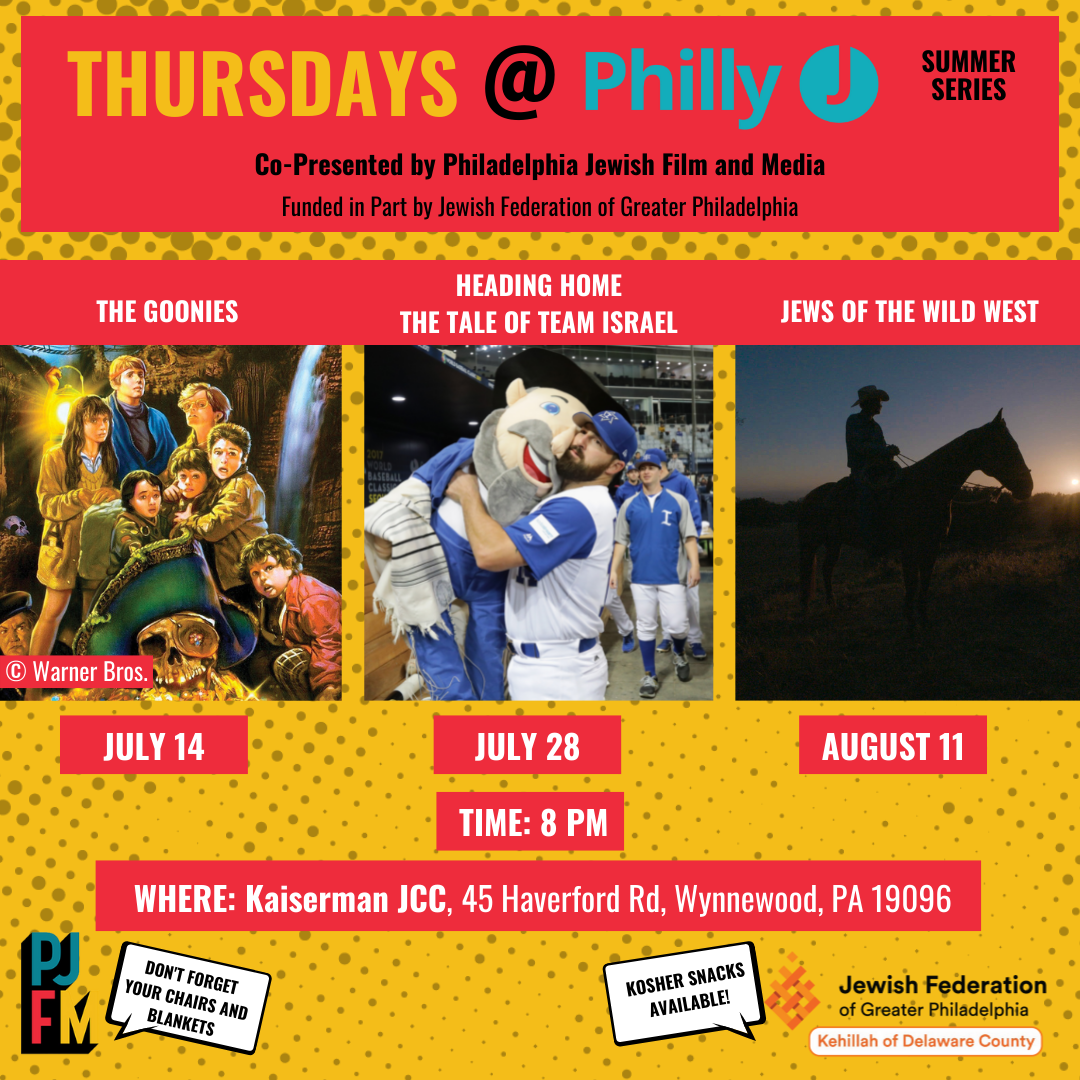