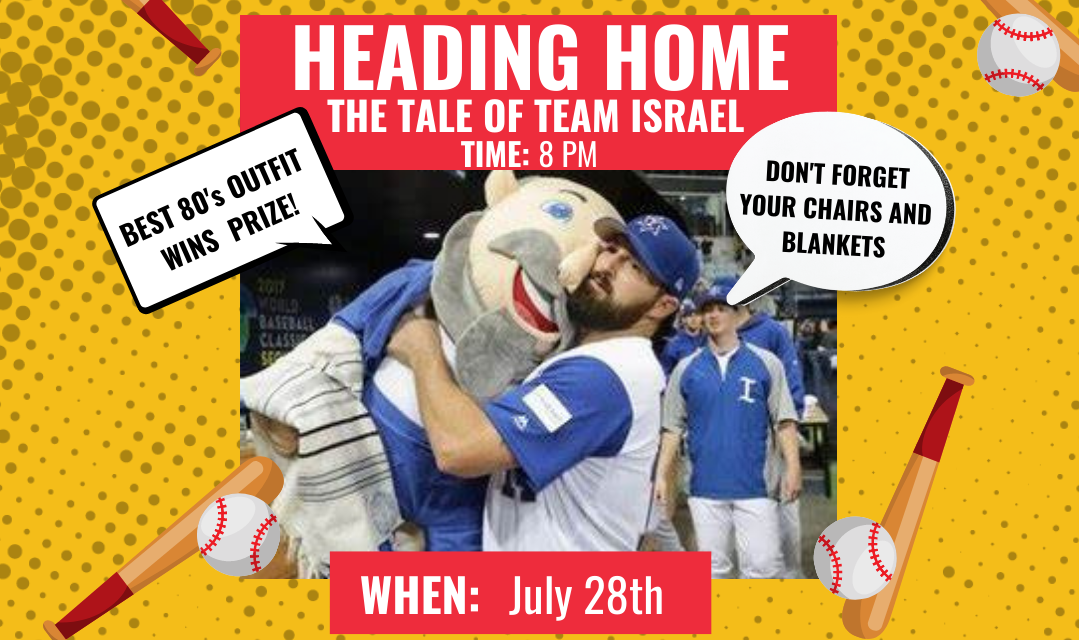 NOW FREE – Thank you to The Jewish Federation of Greater Philadelphia!

This PJFM alumnus film follows Israel’s national baseball team as they compete in the World Baseball Classic. From Israel to South Korea, this inspiring film takes viewers on an unforgettable trip around the world as the team, comprised of Jewish American Major League players and their Mensch on the Bench mascot by their side, become more connected with their Judaism along the way.