Manager of Development and HR 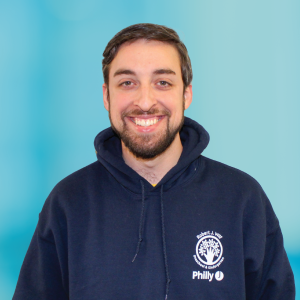 Manager of Development and HR

Prior to joining the JCC, Michael worked at The Public Interest Law Center as Development Manager, and at The Philadelphia Orchestra as Public Relations Assistant. He also worked at a number of media outlets over the years, including the Penn State Ag Science Magazine, the Penn Law Journal, OnwardState.com, and TheCup.us. Michael graduated from the Pennsylvania State University with a BA in Journalism.

Michael lives in Delco with his wife and daughter. In his spare time, he plays cello and is Principal Cellist in the Delaware County Symphony and Rose Tree Pops. He is also an active homebrewer, and in keeping with the musical theme, has named his brewery Symphony Brewing.