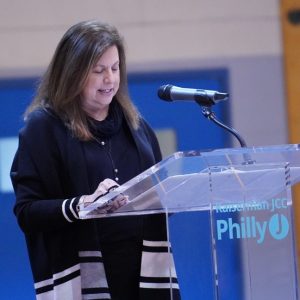 Debbie Adler is a long-time member of the Kaiserman JCC community.  Debbie taught in our preschool for 24 years.  She created and taught the Kindergarten Kapers enrichment program and then became the lead teacher for Kindergarten 1 until her retirement in 2017.  Before teaching at Kaiserman, Debbie taught in the Cincinnati Ohio Public Schools and in the Rose Tree Media School District.  She has been on the Board since 2019.

Debbie’s family grew up as active participants at the JCC.  Her children attended the preschool and camps and later became camp counselors.  Her husband is a past president of the Board.

Debbie received her BS in Education from Indiana University and her M.Ed as a Reading Specialist from Xavier University.  She loves spending time with her children and three grandchildren and keeping in touch with former students and their parents.